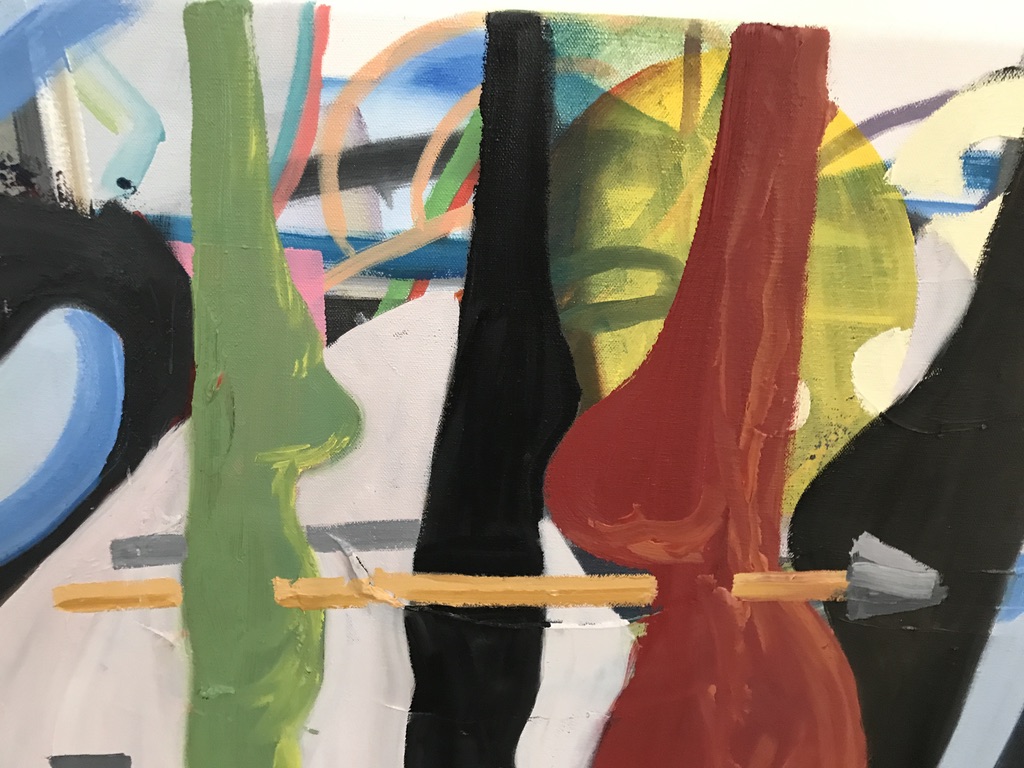 Unit 1 Gallery | Workshop is excited to present Morgan Wills’ end-of-residency solo exhibition. Having had space and time to paint and push his practice further, Morgan has experimented with new technique as well as added sculpture to his portfolio. The privilege to witness his practice, following the mysterious instruction of his dream like narratives, unfolding and taking surprising turns daily. Morgan was selected on the basis of his amazing technical skills, but more because paintings are beyond technique. Painting in much the way the abstractionist paints, Morgan is led by the painting and the elusive story erupting from the process. Each layer obscuring and revealing almost simultaneously confusing the picture plane, but creating an enigmatic vibration between each, an elliptical narrative that gives a suggestion but no answer.

Morgan Wills (born 1992, London) studied painting at Wimbledon College of Art, graduating in 2014. By engaging with the intangibility of imagery through conversational visual language; employing elements such as informal quotation, repetition, colloquialism and word play, Morgan attempts to address how this intangibility reflects the existential anxieties inherent to the creative process. Through investigation into the absurdity of such anxieties, he hopes to learn more about this inextricably human preoccupation.